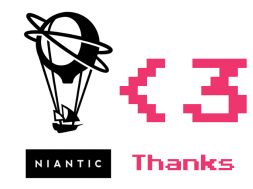 So this game seems to have been pretty polarizing ever since it came out “this game is great it’s getting people outside” “this game is awful as people are glued to their phone” so on and so forth. I guess I had a very different experience with this game and I guess that’s what I’m going to talk about

So, personal life time, my partner has an 8 year old Son and we do the usual: go out together, take him to the park or play centres etc. but I always struggled to talk to her Son, in a sense of I have no idea what to say, what to talk about or what he’d even be interested in hearing me say. Sure I can help with maths homework and spelling but I just didn’t know what to talk about on personal level.

Then the game came out and as you are probably aware it spread like wildfire, even the majority of our office is still playing it. Then it came home with me, He wanted to play the game, he wanted to play Pokemon. Finally, this was a subject I could actually talk about to him on a human level. All these years of stupid Pokemon facts/trivia and it being ingrained into me since I was his age had finally come to use. So I arranged to put it on his phone, and bought him £5 worth of data for him to play and we went out, we went out and went on a hunt together. It was crazy because now every time I see him I get an update on what he’s seen and what he has evolved or what he’s hatched and rather than me being able to just go “oh okay that sounds great” I can actually show him my progress, show him what I’ve seen or hatched or show him what the next stage of Geodude is.

It’s been a phenomenal bonding tool for me and I would suggest using it as such for any parent, step parent or guardian who feels the need to find a way to bond with a significant child in their life. It’s not going to hurt you, hell do it now before they introduce the next 700+ Pokemon into the field (man they seemed to add tons quick, think I bowed out at Ruby/Sapphire numbers)

So from here we’ve started to show him old school arcade games and old console games that me and his mother were bought up on. Especially with Nintendo’s new Mini SNES with the HDMI (yes, I’ve already pre ordered it) we have the plan that we are going to take him through as many generations of gaming as we can. We have a new point of conversation and we can only grow from here.

Thank you Niantic for giving me something to talk about.

0
8   0
previous My Cookbook part 1: 3 Tools for Web Design and Development
next Today I got up to 500 subscribers on my Youtube channel 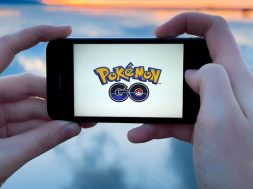 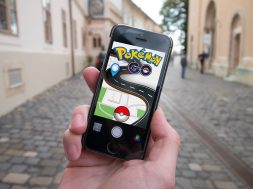