You’d think for a visual platform that I would say a good camera first. The reason I don’t is that the majority (like really the majority) have some form of camera on their smartphone that will be good enough especially for starting out (look at a DSLR or something down the road but for now your phone is fine). Bad audio is much more of an issue, the public as a whole won’t care if your shot is a lil green of if your blacks aren’t pure but they much more likely to pick up on Audio distortion and lack of clarity in your audio.

Solution: A Simple Lapel will do it, after a little research I got myself the Rode SmartLav+, it’s a very inexpensive unit (£44) and the quality was great. The other reason I liked this particular Lav is the app that you can get with it meaning you can record straight onto your smartphone at great quality and with this you do not have to buy a separate recording unit if you’re on a budget.

So this is a really tricky one as you’ll see so many sides to argue that their product is the best. Considering where you are in your career just pick the one that you A: Like the menu’s and you can navigate around quickly and B: Most Bang for your buck. I would say A is more important in the short run as you just need something that is going to let you edit and sync and no matter what you choose you will still have a product at the end of it. However point B is important in the long run as you are investing in perhaps a new career or hobby you want to make sure you have the tools you’ll need in the future as well.
I personally use Adobe mainly for the Creative Cloud, a monthly subscription where you get all the products you could possibly need and more at the touch of your fingertips just ready to download whenever, perhaps you want to add lower third animations to your video (After Effects) or perhaps you want custom thumbnails to stand out from the crowd a little better (photoshop) it’s all doable and sat there in this deal.

This sounds a little weird I know but there is a reason. If you’re not use to filming or being on camera you’re going to make mistakes, that’s fine, we’re all human. But treat these as Pilot episodes or tests, discover who your on screen personality is going to be. You may be surprised of who you are on camera, for me I discovered that I really struggle to swear on camera and I have quite a potty mouth normally. As soon as I see that red light flashing my whole speech pattern changes and it’s all very weird. So film a few different things, different styles, try different editing styles and see what you like and don’t like. Think of it as designing your product before it goes out into the world.

You should really have an idea of what you want to do as a channel, comedy, tutorials, vlogging, prank videos, there’s lot of possibilities. my advice for this is pick something you will obsess over, a good friend of mine and colleague Adam Steel (check out his channel) has a channel that puts out content every week as he is constantly obsessing over his craft and that makes it much easier for him to produce content as its actually content he would want to watch and is interested in. Don’t pick something just because it’s popular, pick something you would enjoy in the long run if you want this as a career

You’ve produced your first real episode and I know you are super happy about it but wait. I always suggest building up a back catalogue of videos and the reason is: life. Stuff happens on a whim and maybe you can’t record that make up tutorial because you got to give your mum a ride to the supermarket, or your Dad needs help in the yard so you can’t edit that sick guitar play through. My point is that things are always going to come up that will get in the way of your channel, there’s nothing wrong with it but you can combat this really easily. Get a good amount of content done and ready to go out before you release stuff, I would recommend 2 to 3 weeks of material (whether that is one a week or everyday), that way you have a few more weeks to create new content and get some fresh ideas without your channel fading away. It’s this reason that I haven’t released anything of my own stuff yet as I Know it can be a few weeks in between recording and I don’t wanna have huge gaps in my channel so I’m recording a whole season and then will edit them into 8 videos, 1 a week = 8 weeks of material which is plenty of breathing time.

So you’ve got a load of videos out and the views aren’t great, why is that? don’t I just make videos and that’ll make me famous? sadly, that’s no longer the game. YouTube has more content uploaded every second of every day than you can actually watch, by the time you finish this sentence a new video has been posted. So my advice would be to go find your audience. have a gaming channel? go post in the gaming section of some forums that you’re active on, got a make up tutorial? post it on Reddit in the makeup section. By doing this you are creating a fan base and reaching a wider audience of people that could be potential viewers and future subscribers. If you put the leg work in to advertise yourself then you will see the numbers starting to grow organically, and as you get over certain thresholds such as 500, 1000 subscribers etc you’ll see that those numbers will start increasing at an accelerated rate, but you’ve got to put in the effort now before things will happen.

0
0   0
previous Time Management for Pros - or "How to do as I say, not as I do."
next Essentials for making Video Content for your business on a budget 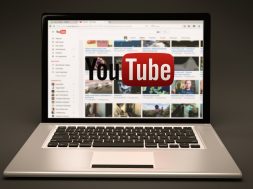 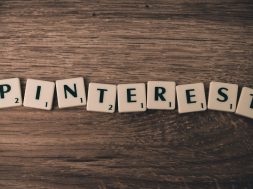