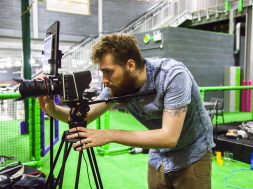 So this is my first time really writing a blog, we all discussed what to write about and I had no clue. So I figured i’d make my first blog kind of introducing myself/about me since I know about that (i think)

So my names Kris and I am the cameraman/animator/whatever-else-I-need-to-do guy at Banter Media and Keyframe.

Growing up I was always into music. I formed/joined bands when I was in high school and playing one god awful show at like 16 or something. After playing in bands for a little bit and getting more into music I got more into music production, I use to watch “making of” dvd’s of bands I loved and I said “thats what I wanted to do”

Which led to me going to College doing just music production (which led to a lot of ridicule from my peers saying I wanted to be a “Rock Star” loser, wasn’t the easiest but I survived) and I guess that was a gamble since the industry isn’t the easiest thing to work in. But from college I worked hard and learnt what I could and the most important thing I learnt was: Get your foot in the door.

From there I chose a University (again doing audio production) and I was specific with the idea of doing a course with a placement year. That was my ticket into the industry, that was my way to get my foot into the door. So it came time to do placement selection and I had fallen in love with the idea of teaching so I started to set that up, was all going well and then the place I was going pulled out of the deal just as we were going to put pen to paper.

So I panicked, I panicked a lot, I decided I was going to hunt for a placement myself, no matter what I was getting my foot into a door, I emailed everyone i could explained who I was and that I wanted to work, I didn’t care about money or hours or anything, I just wanted in.

That’s when something I never expected to happen actually happened, someone replied.

I saw it pop up in my inbox, “Liam Wright from Banter Media RE: Work Placement”. I was over the moon, I was scared that it was actually happening. Time to put money where my mouth was after so long. Not long after Me and Liam had a meeting (where I also briefly met other people I would soon work with) and he gave me a chance. A trial week. A week to prove I was worth his time. So that week I did whatever I could, I made coffee, I sent out promo packages for Radio Stations for bands we worked with, I sync’d video up and organised files.

After a week I was given the opportunity to stay, naturally I ate it up. From there I worked as hard as I could, doing whatever I could to help, I learnt how to edit video, I learnt to colour grade film, I learnt to animate, then I was given the opportunity to go out on shoots, first as a digital technician and a runner, then I got given a camera and I was trusted to actually shoot stuff. I wanted to in and I made myself necessary. After a few months of pushing, I was asked if I’d want to come back full time after Uni and since I’m writing this you can guess what I chose. I now sit in a room full of people I love like family, doing something I love going to work to do.

You may ask, “but what happened to the music thing?” and well………….turns out I’m better behind a camera than I am a mixing desk, and you know what…….I couldn’t be happier about it. Music has become my baby and it’s just mine (i may write around music in the future)

So advice to get into the music/video industry: It takes a certain amount of luck to get your foot in the door, its then up to you to stay there once you’re in 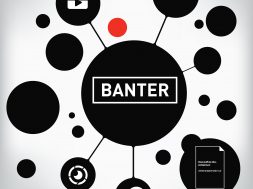 5 things I learnt in my first week of Banter 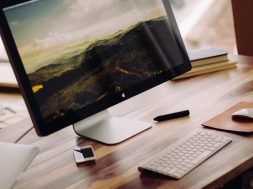 5 things I learnt in my first week at Banter 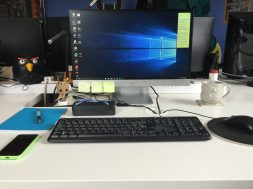